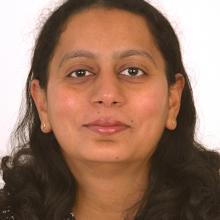 Sangeeta Shashikant is a legal and policy advisor for Third World Network, a research and advocacy organization. She obtained her Masters in Laws from the University College London in 2003 and her Bachelors in Laws, from the University of Malaya in 1999. She was elected as the President of the Board of Association for Plant Breeding for the Benefit of Society (APBREBES) in 2013 till to-date. She also writes for the South-North Development Monitor (SUNS).

Sangeeta Shashikant has extensive experience in research and advocacy on intellectual property and public policy matters. She has authored and contributed towards several publications including on Farmers’ Rights and plant variety protection such as

Laurent Gaberell is a researcher and campaigner on food and agriculture at a swiss NGO called Public Eye. He has been previously working as a policy advisor on intellectual property and biodiversity at the Permanent Mission of Bolivia to the United Nations in Geneva (2009-2013) and a human rights expert at the Europe-Third World Centre (2014-2015).

François Meienberg has worked from 1999 to 2017 as Campaign Coordinator for the Berne Declaration/Public Eye (www.publiceye.ch) with a focus on Intellectual Property Rights, ABS and Agriculture. For four years he was also joint managing director for the Berne Declaration. In the nineties he worked as a campaign coordinator for Greenpeace Switzerland and from 1987 to 1993 as an actor for theatres in Germany and Switzerland and for TV, Film and Radio. He is the author a several hiking books. He has a Bachelor of Arts and a diploma as a chemical laboratory worker.